AMD’s Zen2 (“Matisse”) is the “true” 2nd generation ZEN core on 7nm process shrink while the previous ZEN+ (“Pinnacle Ridge”) core was just an optimisation of the original ZEN (“Summit Ridge”) core that while socket compatible it introduces many design improvements over both previous cores. An APU version (with integrated “Navi” graphics) is scheduled to be launched later.

While new chipsets (500 series) will also be introduced and required to support some new features (PCIe 4.0), with an BIOS/firmware update older boards may support them thus allowing upgrades to existing systems adding more cores and thus performance. [Note: older boards will not be enabled for PCIe 4.0 after all] 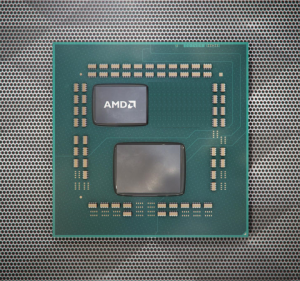 To upgrade from Ryzen+/Ryzen1 or not?

We are comparing the middle-of-the-range Ryzen2 (3700X) with previous generation Ryzen+ (2700X) and competing architectures with a view to upgrading to a mid-range high performance design.

ZEN2’s 256-bit wide SIMD units are a big upgrade and show their power in every SIMD workload; otherwise there is only minor improvement.

Executive Summary: For SIMD workloads you really have to upgrade to Ryzen2; otherwise stick with Ryzen+ unless lower power is preferred. 9/10 overall.

The big change in Ryzen2 are the 256-bit wide SIMD units and all vectorised workloads (Multi-Media, Scientific, Image processing, AI/Machine Learning, etc.) using AVX/FMA will greatly benefit – anything between 50-100% which is a significant increase from just one generation to the next.

But for all other workloads (e.g. Financial, legacy, etc.) there is not much improvement over Ryzen+/1 which were already doing very well against competition.

Naturally it all comes at lower TDP (65W vs 95) which may help with overclocking and also lower noise (from the cooling system) and power consumption (if electricity is expensive or you are running it continuously) thus the performance/W(att) is still greatly improved.

Overall the 3700X does represent a decent improvement over the old 2700X (which is no slouch and was a nice upgrade over 1700X due to better Turbo speeds) and should still be usable in older AM4 300/400-series mainboards with just a BIOS upgrade (without PCIe 4.0).

However, while 2700X (and 1700X/1800X) were top-of-the-line, 3700X is just middle-ground, with the new top CPUs being the 3900X and even the 3950X with twice (2x) more cores and thus potentially huge performance rivaling HEDT Threadripper. The goad-posts have thus moved and thus far higher performance can be yours with just upgrading the CPU. The future is bright…