What is “Qualcomm’s Snapdragon”?

It is a family of ARM processors/SoCs – analogous to the Intel’s “Core” in the x86 world. It now spans 8 series going back years and is used for everything from laptops, tablets, phones and even smart-watches!

Unlike other ARM SoC manufacturers (Samsung, Huawei, MediaTek, etc.), Qualcomm has an ARM design licence (like Apple) and modifies the standard Cortex ARM designs and re-brands them “Kryo”. In big/LITTLE (DynamIQ) designs – the big cores are branded “Gold” and LITTLE cores “Silver”. In the latest 3-core types design – the top-end cores are branded “Prime”. 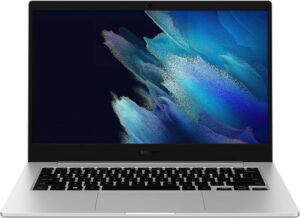 Using these ARM SoC family has allowed OEMs to launch lower cost laptops and tablets – e.g. Samsung Galaxy Book, Lenovo, ECS (EliteGroup Compute Systems), etc. that are similar in cost to Intel’s Atom devices but including features like 4G/LTE that are not normally found at this price range. While somewhat more expensive than Chromebooks – they run the full version of Windows 10/11 (even Pro/Enterprise) and can run 32-bit x86 applications under emulation (WoW – Windows on Windows).

Microsoft has used the high-end version 8cx (rebranded SQ) to launch an alternative Surface Pro X line, at slightly lower cost than the x86 Surface Pro line but also including 4G/LTE as standard.

It is the 64-bit version of client Windows 10/11 for Arm64 (AArch64) devices – analogous to the current x64 Windows 10/11 for Intel & AMD CPUs. While “desktop” Windows 8.x has been available for ARM (AArch32) as Windows RT – it did not allow running of non-Microsoft native Win32 applications (like Sandra) and also did not support emulation for current x86/x64 applications.

We should also recall that Windows Phone (though now dead) has always run on ARM devices (and other architectures) and was first to unify the Windows desktop and Windows CE kernels. Windows was first ported to 64-bit with the long-dead Alpha64 (Windows NT 4), then Itanium IA64 (Windows XP 64), x64 (AMD64/EM64T) and now Arm64 – which shows the versatility of the NT micro-kernel.

By contrast, Windows 10/11 Arm64 is able to run native AArch64 applications (compiled for Arm64 like Sandra) as well as emulating 32-bit x86 and ARM (AArch32) applications through “WoW” (Windows on Windows emulation). But *not* x64 applications! Ouch!

While Arm64 Windows 10/11 includes in-box drivers for many peripherals/devices – it may not have a driver for very new peripheral/device; some manufacturers may not (even) provide any support for Arm64. For some devices, standard in-box “class” drivers (e.g. NVMe controller/SSD, AHCI controller/SSD, USB controller, keyboard, mouse, etc.) do work but otherwise a custom driver is required. [Note there has never been any emulation for kernel drivers, in any version of Windows]

Compared to Intel SoCs, we have more “real” cores (8) but the same number of threads (8T) as ARM has not implemented SMT (Hyperthreading) as Intel and AMD have. Otherwise, we have a pretty modern process (8nm), decent clocks (in excess on 2.4GHz for big cores), but small L3/LLC cache (1MB) and low-bandwidth LP-DDR4X memory (just 2 channels of 16-bit).

Unlike newer cores, the older A7X cores do not support SVE (“Scalable Vector eXtensions” – the successor of NEON); current designs are still just 128-bit width although they do provide more flexibility especially when implementing complex algorithms.

Virtualisation: The ARM cores do have hardware virtualisation – and here Qualcomm has the necessary firmware functionality to enable Hyper-V on Windows 11 to run corresponding ARM/Arm64 virtual machines. Or perhaps emulate x86 through QEMU? Both VmWare and Proxmox include support should you wish to use different virtualisation technology. Yay!

TPM: in order to support Windows 11, Qualcomm does include TPM support. Thus you can use BitLocker disk encryption as well as other security-based virtualisation features (like Core Isolation / Memory Integrity). Yay!

As a relatively old piece of software (launched all the way back in 1997, yep we’re really old), Sandra contains a good amount of legacy but optimised code, with the benchmarks generally written in assembler (MASM, NASM and previously YASM) for x86/x64 using various SIMD instruction sets: SSE2, SSSE3, SSE4.1/4.2, AVX/FMA3, AVX2 and finally AVX512. All this had to be translated in more generic C/C++ code using templated instrinsics implementation for both x86/x64 and ARM/Arm64.

We are comparing the Arm64 processors with x86/x64 processors of similar vintage – all running current Windows 10/11, latest drivers.

ARM is moving very quickly, unlike x86, where despite introducing new technologies (e.g. hybrid aka big/LITTLE) seems to go one step forward, one step back (AVX512 killed). The 7c with just 2 big cores is a bit lacking – but Microsoft’s SQ in Surface Pro X shows what a relatively modern Arm64 SoC can do at far less power – and using the relatively old Cortex A76 cores, not the very latest X1/X2 ARMv9 designs.

The only weakness – SIMD vectorised performance – is not that far behind (50% aka 1/2x) and is already being addressed by SVE/SVE2 in the newest cores. SVE offers even wider SIMD registers (up to 2048-bit) – while Intel has recently canned AVX512 (512-bit) and is left with old AVX2/FMA3 (256-bit). Still, software for tablet/mobile won’t be using compute-heavy SIMD workloads anyway – with such workloads either offloaded to the Cloud or perhaps the integrated GP-GPU (Adreno here). But for performance desktops?

The power (TDP) difference is so stark (5W vs. 15-25W on Intel) that it should be possible to double the number of Arm64 cores (e.g. 8 big + 8 LITTLE) and still consume less power (e.g. 10-15W) than the competition. We really need a SoC like Apple’s M1 (or better) that can rival higher compute power devices.

The Snapdragon 7c – despite being just 2 years old (2020) is already obsolete – with many more powerful versions coming out all the time. With just 2 big cores, it was always going to be a low-end SoC – but it is still a big step-up if you are used to a Raspberry Pi 4B 😉

There are quite a few low-cost Arm64 Windows laptops/tablets from OEMs (Samsung Galaxy Book, Lenovo, ECS , etc.) that are similar in cost to Intel Atom devices and a bit more expensive than Chromebooks. There is also Microsoft with Surface Pro X – that have gone for the high(er) end 8cx version.

Thus the 7c can only keep up with older x86 Core 2C/4T systems or x86 Atom 4C systems – but can still be a choice considering that Windows 11 does not support many older but perfectly capable x86 Intel systems (e.g. Core 6th gen and older – aka Skylake). In addition Intel itself has canned driver support for these systems – thus users will be stuck with Windows 10 and older drivers.

The WoW (Windows-on-Windows) emulation of non-native applications (x86/x64) is somewhat limited than, say, Apple’s. It is about slower 50% (1/2x) than native Arm64 and only supports 32-bit x86 applications, while most software today is provided as 64-bit x64. Microsoft really needs to improve this and quickly…

The power usage is so low that the power efficiency (performance vs. power) is much higher than the competition and thus allows for far longer battery life – which on a tablet is likely much more important than raw power. For low-level compute tasks (browsing, word processing, some spreadsheets, media consumption, etc.) – the 7c may just be sufficient.